Java platform, Groovy language, Tomcat web server, MySQL database engine, JavaScript on the front-end.
Hosting of the system is done by the customer.

Groovy on Grails, jQuery and Vue.js on the front-end side.

the already existing, cleaned and improved system was extended by a great number of functions within multiple development phases and during more than a year of time. Among others, these included the followings:

The system’s language is exclusively Hungarian, screenshots are therefore presented here on this language. Sensitive personal data are masked on them. 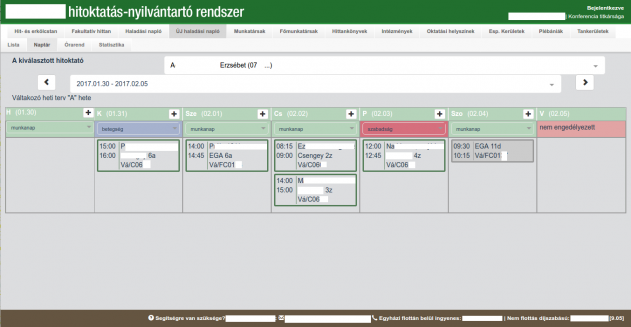